Check out the full list of our latest faculty, graduate student, and researchers’ publications in our monthly newsletters. 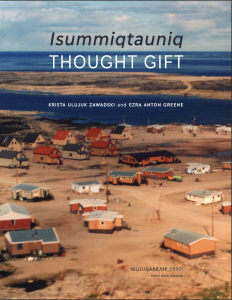 Co-authors Krista Ulujuk Zawadski and Ezra Anton Greene detail what life was like growing up in Igluligaarjuk, on the western shore of Hudson Bay. Isummiqtauniq: Thought Gift captures in its recording, a slice of the shifting identities, languages, and media landscapes within Inuit communities. 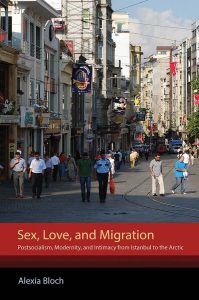 Sex, Love, and Migration goes beyond a common narrative of women’s exploitation as a feature of migration in the early twenty-first century, a story that features young women from poor countries who cross borders to work in low paid and often intimate labor. Alexia Bloch argues that the mobility of women is marked not only by risks but also by personal and social transformation as migration fundamentally reshapes women’s emotional worlds and aspirations.

Bloch documents how, as women have crossed borders between the former Soviet Union and Turkey since the early 1990s, they have forged new forms of intimacy in their households in Moldova, Ukraine, Belarus, and Russia, but also in Istanbul, where they often work for years on end. Sex, Love, and Migration takes as its subject the lives of post-Soviet migrant women employed in three distinct spheres?sex work, the garment trade, and domestic work. Bloch challenges us to decouple images of women on the move from simple assumptions about danger, victimization, and trafficking. She redirects our attention to the aspirations and lives of women who, despite myriad impediments, move between global capitalist centers and their home communities. 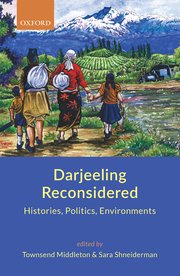 Darjeeling Reconsidered provocatively rethinks Darjeeling’s legendary status in the postcolonial imagination. Mobilizing diverse disciplinary approaches from the social sciences and humanities, this definitive collection of essays sheds fresh light on the region’s past and offers critical insight into the issues facing its people today. The historical analyses break with hackneyed colonial accounts to provide alternative readings of systems of governance, labour, and migration that shaped Darjeeling. The ethnographic chapters present cutting-edge accounts of dynamics that define life in 21st century Darjeeling: among them the realpolitik of subnationalism; Fair Trade tea; indigenous struggle; gendered inequality; ecological transformation; and resource scarcity. Through these eye-opening perspectives, Darjeeling Reconsidered figures Darjeeling as a vital site for South Asian and Postcolonial Studies-and calls for a timely re-examination of the legend and hard-realities of this oft-romanticized region and its people. The book seeks a place on the shelves of postcolonial theorists, on the syllabi of undergraduate and graduate courses on South Asia, and in the rucksacks of intellectually curious visitors from all over the world to Darjeeling. 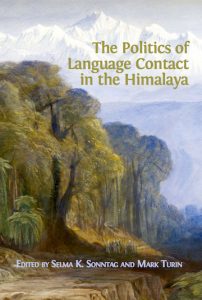 This original collection brings together case studies from salient areas of the Himalayan region to explore the politics of language contact. Promoting a linguistically and historically grounded perspective, The Politics of Language Contact in the Himalaya offers nuanced insights into language and its relation to power in this geopolitically complex region.
Grounded in a commitment to theoretically informed area studies, and covering Tibet (China), Assam (India), and Nepal, each case study is situated within contemporary debates in sociolinguistics, political science, and language policy and planning. Bridging disciplines and transcending nation-states, the volume offers a unique contribution to the study of language contact and its political implications.
Find it here.