Dr. Magliocco, we’re delighted to welcome you to the UBC Anthropology Department. Please can you share with us a little about your career and work to date? 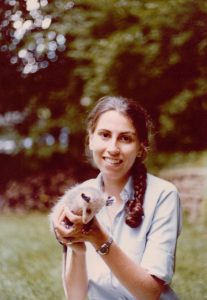 Thank you, it’s a pleasure to be here. I did my undergraduate work in Anthropology at Brown University and my Ph.D. in Folklore at Indiana University–Bloomington.

CSUN is a minority-serving institution in the Los Angeles area, with one of the most diverse student populations of any US university. That diversity has been one of the most exciting aspects of my career at CSUN, especially teaching folklore and expressive culture in a department of Anthropology where an appreciation for cultural diversity is a highly valued part of the curriculum. I’ve taught students from Mexican, Latin American, Filipino, Armenian, and Persian backgrounds, as well as from nations as varied as Japan, Ethiopia, Morocco, and Kazakhstan. Each student brings their cultural traditions into the classroom, teaching me and their classmates things we wouldn’t otherwise have an opportunity to learn first-hand. I look forward to learning about the diverse backgrounds and traditions of students at UBC.

The bicultural, bilingual immigrant experience is one I know first-hand, having grown up in Italy and the United States. My early work focused on rituals, festivals, and celebrations in Italy as well as among Italian Americans. The Two Madonnas: the Politics of Festival in a Sardinian Community (1993, second edition in 2005) explored the effects of globalization on religious festivals in Sardinia. I was especially interested in the interplay of gender and political authority with ritual. I continued to investigate this process in a very different context, among modern witches and Pagans in North America, in my later work, Witching Culture: Folklore and Neopaganism in America (2004). I also studied religious materiality and iconography in the modern Pagan movement, which I wrote about in Neopagan Sacred Art and Altars: Making Things Whole (2001). My most recent interest is in animals in the spiritual imagination; I am exploring the links between ontologies of being and environmental sustainability. I’m interested in how people’s conceptions of nature and animals affect their sustainable behavior: is there a relationship between more animistic ontologies and actions that support a more sustainable way of living?

What about UBC excites you at this time, and what new avenues and directions might this relocation open for you in your research?

One of the most exciting things about coming to UBC is the opportunity to learn about new cultures and traditions first-hand from my students. UBC is a culturally diverse university, but draws from different cultural groups than CSUN. I’m looking forward to meeting my new students and learning about their backgrounds and areas of interest.

British Columbia has a strong First Nations presence. The history of relations between Euro-Americans and Indigenous peoples in Canada differs markedly from that history in the US, and I am critically aware of how much I need to learn about such complex relations from local First Nations communities, as well as from my distinguished colleagues in the Department of Anthropology at UBC. One area in which I am particularly interested is traditional ecological knowledge, ontologies of being, and relations with the natural world. Most of my knowledge of nature and the spiritual imagination comes from Westerners, especially North Americans, Europeans, and Australians, and I would be honoured to enrich my understanding through interactions with Indigenous scholars and community members, and thereby perhaps generate better theoretical and interpretive paradigms.

So many colleagues in a variety of departments at UBC share my scholarly interest in religions; that presents another exciting avenue for development. Religion is one of the primary centers of identity in the global world, as well as a force for both cooperation and conflict; it is essential for students to understand its role in society. I would like to see opportunities for students to study religion and society from an interdisciplinary perspective at UBC, and will work to create pathways for them to do so in both the Department of Anthropolgy and beyond.

Finally, UBC is one of the first universities to have a formal program in Animal Welfare in the Faculty of Land and Food Systems, and the possibilities for linkages between my work on animals and humans and the Animal Welfare Program are intriguing. I have a lifelong commitment to this area, having worked on numerous animal welfare causes, including starting a trap-neuter-return (TNR) program for community cats on the CSUN campus called CSUN CatPeople, and through offering students community service-learning experience through that organization and other community partners in the Los Angeles area. I look forward to exploring areas of common interest and possibilities for future collaboration with new colleagues, students and community partners.

What classes are you planning to teach in Academic Year 2017-2018, and can you share a little about your approach to mentoring students?

In 2017-18, I will teach three classes: ANTH 332 “Oral Tradition” in Term 1, and ANTH 378 “Anthropology of Media” and ANTH 415 “Religion and Society” in Term 2. Next year, I hope to be able to offer a seminar in “Humans and Animals,” as well as my popular course on the supernatural in the modern world. Most of my classes include hands-on learning in the form of fieldwork or ethnographic projects, because I believe it’s important for students of Anthropology to experience the discipline’s key methodology first-hand.

I’ve been actively involved in mentoring students at both the undergraduate and graduate levels at every institution at which I have taught. Many of my students have presented papers based on their research at regional and national conferences, and I want that to be possible at UBC, as well. I am especially excited at the prospect of mentoring Ph.D. students, something I have only been able to do outside of my previous institution, as my former department granted only the MA in Anthropology. I welcome inquiries about dissertations on ritual and festival, magic and witchcraft, modern Pagan religions, and human/animal relations. 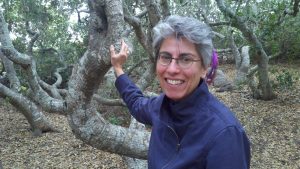