The Department of Anthropology extends its congratulations to Dr. Vinay Kamat and Dr. Andrew Martindale, both of whom received SSHRC Insight Awards in March 2018. Please read on to learn more about their research projects.

Contested Landscapes: The Social Complexity of Natural Gas Extraction in a Marine Protected Area in Tanzania

The Mnazi Bay Marine Park (Marine Protected Area) on Tanzania’s border with Mozambique is the site of a large natural gas extraction project developed by the Canadian company, Artumas. The gas project’s core technological zone is distinguished from the surrounding landscape by physical barriers that limit local residents’ access to subsistence and cultural resources. This study will investigate the social complexities and governance structures underlying the incommensurability of the implementation of a natural gas project inside a World Wildlife Fund supported marine protected area in Tanzania. The Marine Park and the gas project are high profile undertakings by the Tanzanian government, to promote its ecotourism industry and meet the country’s energy demands. Through an ethnographic analysis of the different points of intersection and challenges between the perspectives of advocates of marine conservation, natural gas development, and the project-affected people, this study will provide valuable theoretical insights and empirical indicators on how to balance concern for social and environmental justice, economic development and wellbeing. 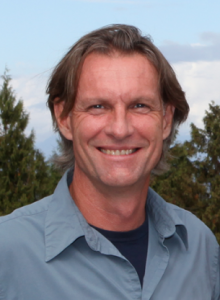 Tsimshian people of north coastal British Columba preserve oral narratives that record their history back to the beginnings of the Holocene, over 10,000 years ago. In our prior research with the Tsimshian of the Lax Kw’alaams and Metlakatla First Nations, we refuted legal and academic arguments and demonstrated the accuracy of their oral record with a scientific test of archaeological evidence from over 1000 years ago. Here, we propose to draw on oral narratives to push this effort further both in time, to explore the origins of Tsimshian society, and in logic, to challenge how archaeologists explain history. The archaeological analysis of the Indigenous past in settler countries such as Canada echoes the colonial history of the discipline by favouring some forms of evidence and interpretations over others, and the Tsimshian are cast as an example of political developments caused by environmental change. Specifically, non-native archaeologists have struggled to recognize the spiritual content and political explanations from Indigenous sources, notably oral records. Archaeology has instead gravitated causalities that often lack empirical evidence but which resonate with the expectations of archaeology’s non-native context. In this project, we expand our partnership with the Tsimshian, treat their claims about the spiritual origins of their own history on par with archaeological logic and propose evaluations from representative data using methods we have refined.