Accident, Atrocity and Automated Judgment: Anatomy of a Drone Strike

On February 21, 2010, U.S. drone operators attacked what they were certain was a Taliban convoy preparing to ambush U.S. troops.  The attack, the only drone attack for which there is an extensive public record, killed 23 Afghan villagers, including at least two small children.  Given U.S. assurances that drones have an almost infallible ability to discriminate civilians from insurgents, how did such a mistake happen, and what does it tell us about military technology and the culture of counterinsurgency.

Hugh Gusterson is Professor of Anthropology and International Affairs at George Washington University. Often communicating his findings to a wider public as well as academic colleagues, he has brought anthropological perspectives to bear on the intersection of war, military technology, ethics, and inequality.

His most recent book, Drone (MIT Press, 2016), is a prize-winning exploration of drone warfare from the perspectives of drone operators, human rights activists, journalists, victims of drone attacks, and international lawyers. Gusterson’s work has long focused on the political culture of nuclear weapons scientists and their critics, leading to the books Nuclear Rites (University of California Press, 1996) and People of the Bomb (University of Minnesota Press, 2004). He has also published four co-edited volumes and many influential journal articles.

Prof. Gusterson has just been awarded a Guggenheim Fellowship, during which he plans to complete his next book that is tentatively titled “Tinkering with Armageddon”. Based on years of fieldwork, the book will analyze the complex process through which the U.S. decided, under President Clinton, to end nuclear testing and the ways in which, deprived of nuclear testing, the community of weapons scientists reinvented itself around simulation technologies that enabled it to advance its knowledge and apprentice a new generation of nuclear weapons scientists whose expertise is untethered from nuclear testing. At a moment when U.S.-Russian relations are at a historic nadir, the book will explore the implications of this shift for international security.

Prof. Gusterson received his Ph.D. from Stanford University, and has taught at MIT, the Georgia Institute of Technology, and George Mason University. He is a past president of the American Ethnological Society, and has served on the Executive Board of the American Anthropological Association and the Council of the Society for the Social Studies of Science. He is a regular contributor to the Bulletin of Atomic Scientists, which has published over sixty of his columns. 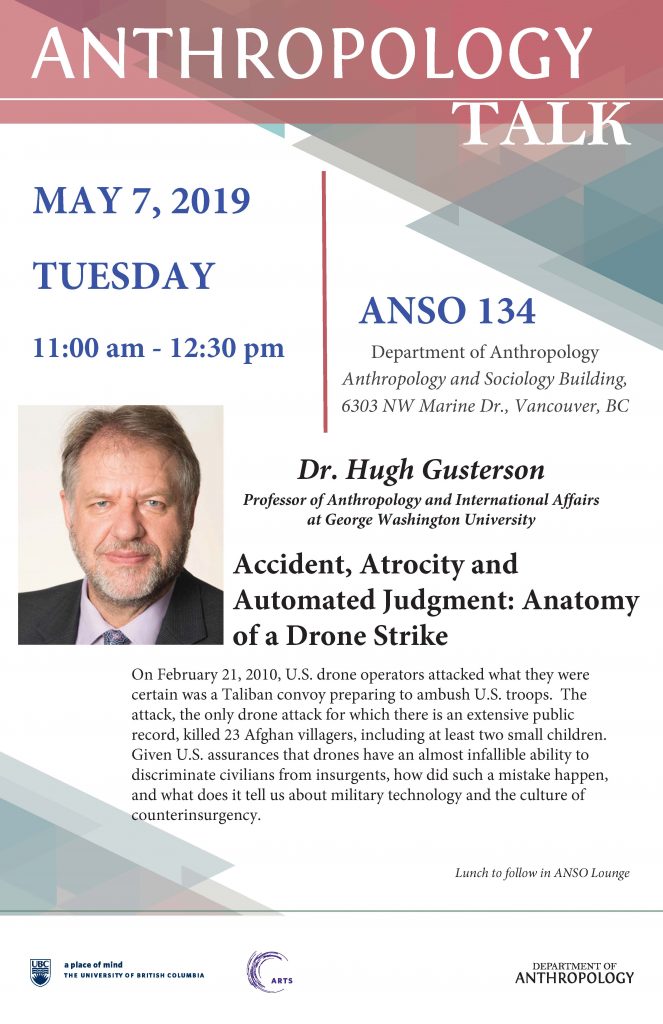 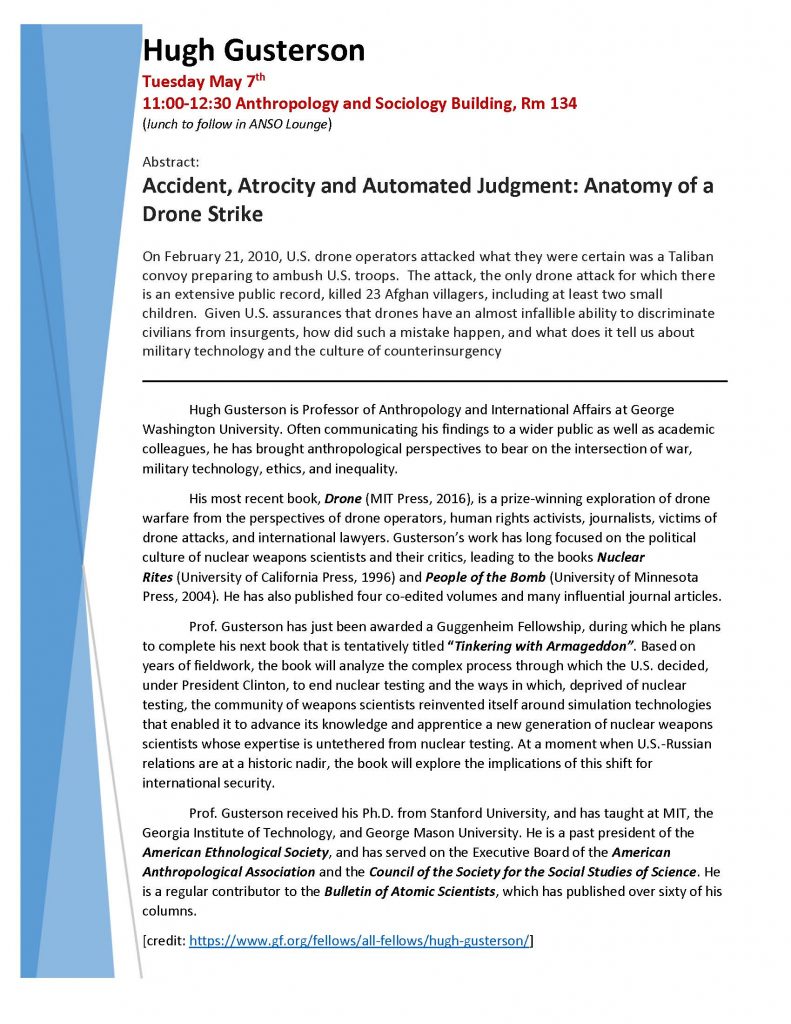