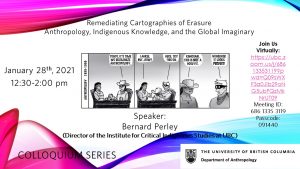 Speaker:
Bernard Perley
(Director of the Institute for Critical Indigenous Studies at UBC)

Over 500 years of colonial occupation of Indigenous lands have dramatically altered ancestral landscapes through Old World inscriptions onto colonial new worlds.  By the late nineteenth century US scholars and other advocates engaged in salvage operations designed to preserve what remained of the “vanishing” Indians.  Now, in the third decade of the 21st century, we are witnessing the transition from 19th century preservation impulses to contemporary remediation projects that seek to correct centuries of colonial erasures of Indigenous peoples. Collaborative cartographic processes range from Indigenous map-making to restorative conceptual cartographies.  Anthropologists have played an ambivalent role over the last two centuries but many are now responding to global imaginaries of Indigeneity and a purported “world anthropology”.  One unifying thread in tying anthropology and global imaginaries is the florescence of Indigenous knowledges. 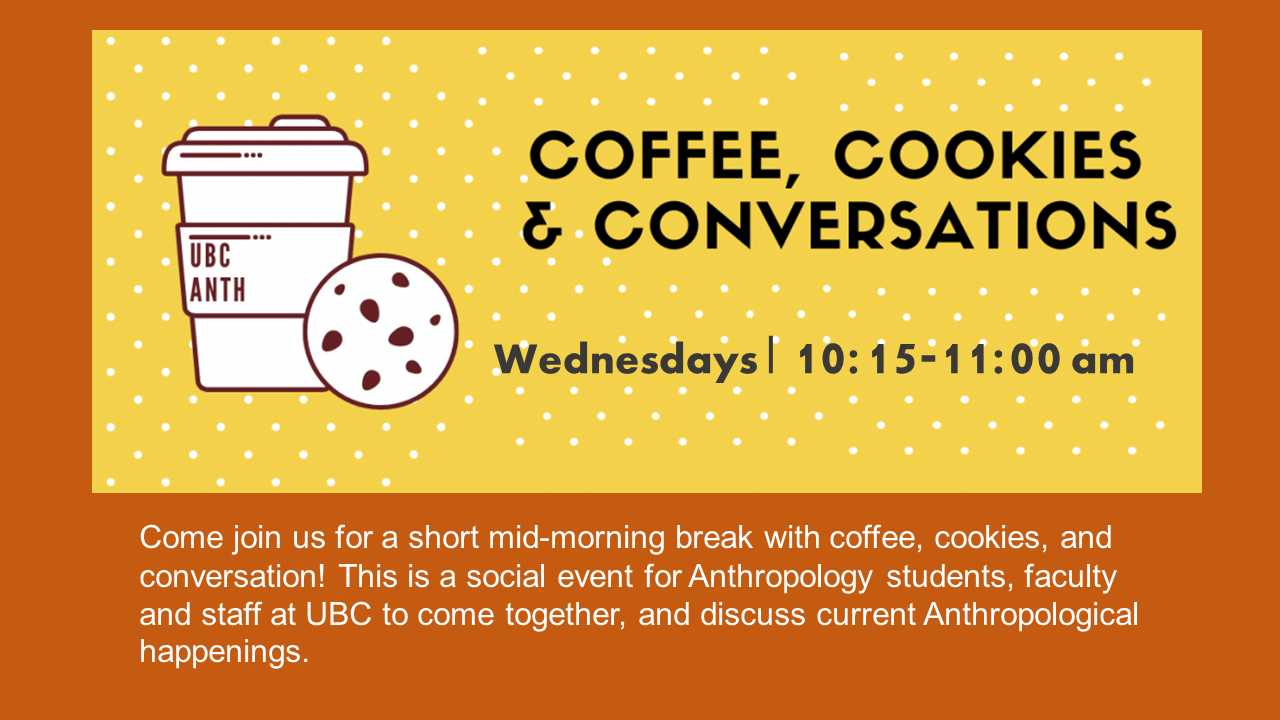 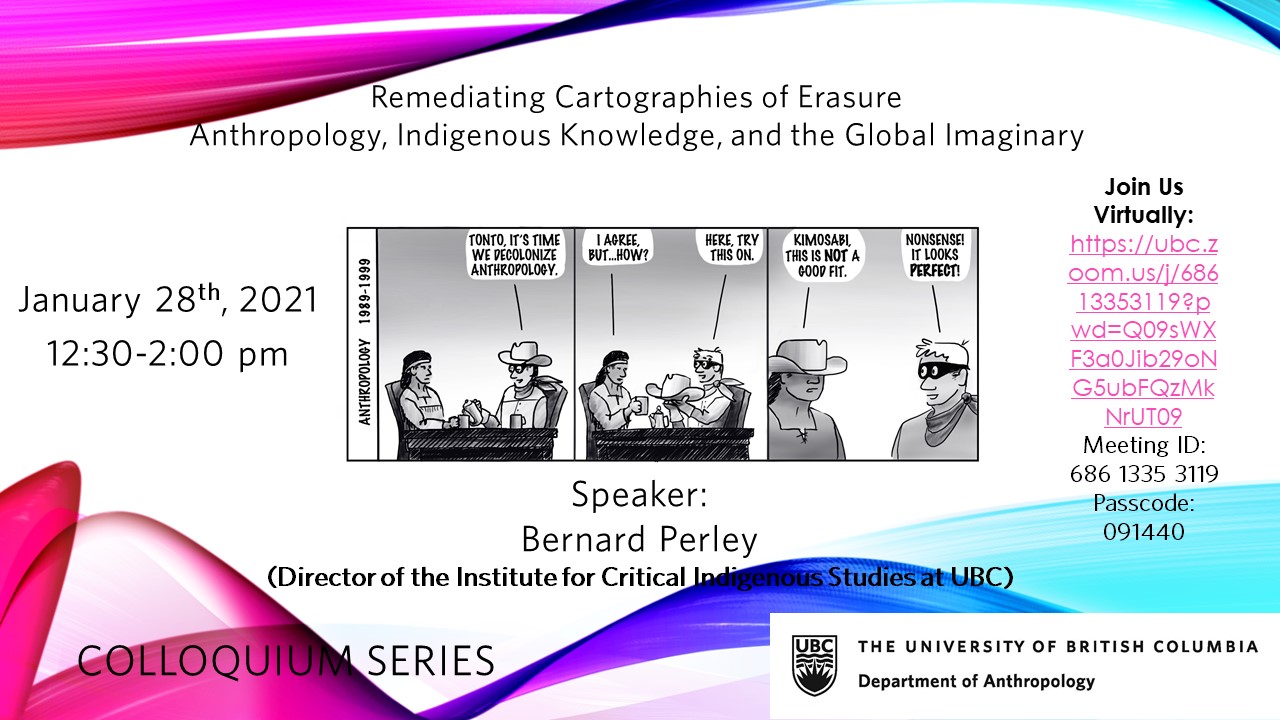