Q&A with Alexia Bloch on her new book, Sex, Love, and Migration

Dr. Bloch, congratulations on the publication of your recent book Sex, Love, and Migration: Postsocialism, Modernity, and Intimacy from Istanbul to the Arctic. It covers a wide geographical range, and complex themes. What led you to this project?

In the garment district, Istanbul [Photo by Alexia Bloch]

The idea for this project has its origins in the mid-1990s during my doctoral research on residential schooling in a central Siberian town. I began noticing that many of the younger teachers I knew, who had gone for months without getting paid in the recently collapsed Russian economy, had begun to take part in a growing small-scale import of clothing. The women would travel for short trips to China and Turkey to buy up clothing and resell it, often in the reception area of the town post office. As in that project, in my next project on museums in the Russian Far East, I was struck by two things, namely: that women were enthusiastic about the new possibilities for transnational mobility and that men were much less visible in the new sphere of border crossing garment trade. I decided my next project would trace the transnational connections women were forging as part of their novel mobility in the region.

In the book, you challenge the reader to think beyond simple binaries of victimization and exploitation, and propose rather that migration fundamentally reshapes women’s emotional worlds and aspirations. How did you come to this insight?

When I first traveled to Turkey in the early 2000s with women who were moving wholesale clothing purchases back to their home communities I learned about a much larger world of Russian-speaking labour migrants living long term in Istanbul. With the discourses on trafficking that were widespread in the early 21st century most accounts of women migrants traveling from former Soviet locations, not just to Turkey, but also to western Europe, assumed women to be victims of trafficking; virtually no academic research on the thousands of women labour migrants leaving such places as Moldova, Ukraine, Russia, Belorussia, Kyrgyzstan, and Kazakhstan existed. In spending nearly 13 months (intermittently) over 10 years with women employed as exotic dancers, domestic workers, and shop assistants in Istanbul, I learned about their motivations for migration, as well as their emotional ties to Turkish men, and their transnational kinship connections to children, parents, and grandchildren back in home communities. Through my research I came to see how these women’s lives are very much shaped by aspirations and dreams for a better future forged in a distinct historical context of waning socialist ideals and emergent islamist ideals brought together through intensifying circuits of global capitalism. A simple binary account overly focused on exploitation and victimization loses sight of the complexity of migrants’ lives and especially their efforts to foster transnational, intimate ties with friends and family.

Does the publication of Sex, Love, and Migration mark the end of this research project, or will you continue to explore these issues further in upcoming writing projects? 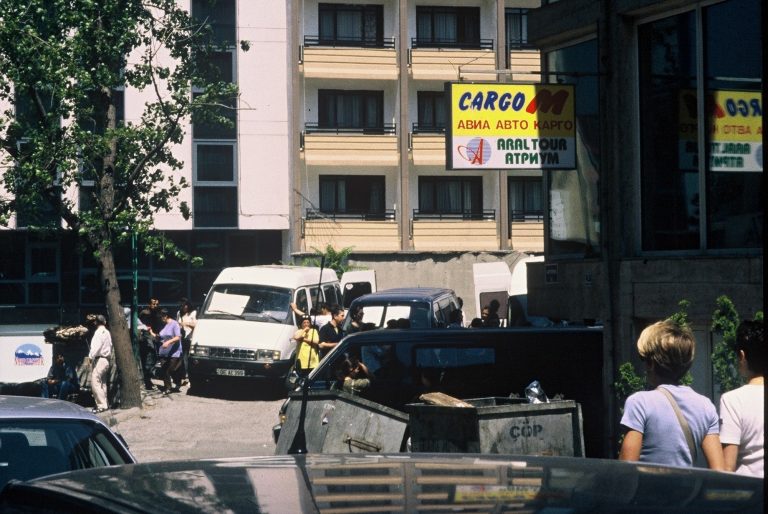 In my most recent research I continue to closely follow the lives of women migrants, but in a different location and with a moreapplied focus. My current project is based in Moscow, Russia where I have been examining how undocumented migrant mothers and their children navigate an unforgiving public culture in their daily lives. The project focuses on three sites in Moscow where migrant women seek resources: a church-based medical clinic; a migrant friendly preschool; and an after school program focused on preparing migrant and refugee children to potentially enter Russian schools. As my research has unfolded I have begun to focus on two prominent groups of migrants who regularly access these spaces in search of support: migrants from Central Asia, and especially Kyrgyz and Tajiks, and migrants from Africa, in particular, Congo. I am especially interested in how the NGO organizations are spaces where ideals of citizenship, both for organization staff and volunteers and for migrants, are inculcated and sometimes challenged.

What new directions and developments in anthropology most excite you?

Most of my reading and teaching in recent years has revolved around irregular migrants and how states are reimagining citizenship in light of perceived “dangers” presented by migrants; it is wonderful to see how anthropology is increasingly engaging with these questions. I also find myself frequently drawn to scholarship exploring the anthropology of emotion, the gendered use of public space, gendered citizen action, and the encounter between contemporary forms of Islam and so-called secular societies. Overall, I am excited by work that is animated by the potential of ethnography to open conversations with a broad public.